These are the multifamily housings for three, single and thirties women.
Usually their homes offer them only beds expect for in weekends.
So, we cut off bedrooms from their homes and put bathrooms, kitchens and closets together by their functions. Those are the most important three elements among functions leaving their homes.
Then we scatter them over the city to make them special places for the three women.

One-room rental apartments are secured at a low-price for private spaces nearby their offices.

Three women will make their own life-network while moving in the city through their favorite roots and these three bases let them keep their delicate distance.

□Realization of various life-styles
We make special functions to buildings and invent new networks adapting to each resident’s life-style what depending on the situation of not majority people, for example single women or gay persons.

□Merit on the use
The places for realization of use for house are usually limited by regulations in the city planning.
But this model let residents select sites freely because each building doesn’t have a function for house.

□Second house, third house
Actually, it is difficult to own a vacation house or second house economically, but this net work makes people have them on favorite places at relatively not high price.

○9The ready-made houses have every convenient functions in them, however, the values of the each function are not equivalent for the residents.

○10Therefore, we cut off ceilings from their houses, dismantle them and re-editing each function by the necessity.

○11Bed rooms need only minimum space because they do only sleep there.

○12These are places that exist only for each function and these three functions are most significant to own them for three women.

○13Three functions being owned jointly are scattered over the best places where three women like in the city.
Three own three bases jointly, keeping careful distance, moving from the place to place by their favorite routes and make their original life networks. 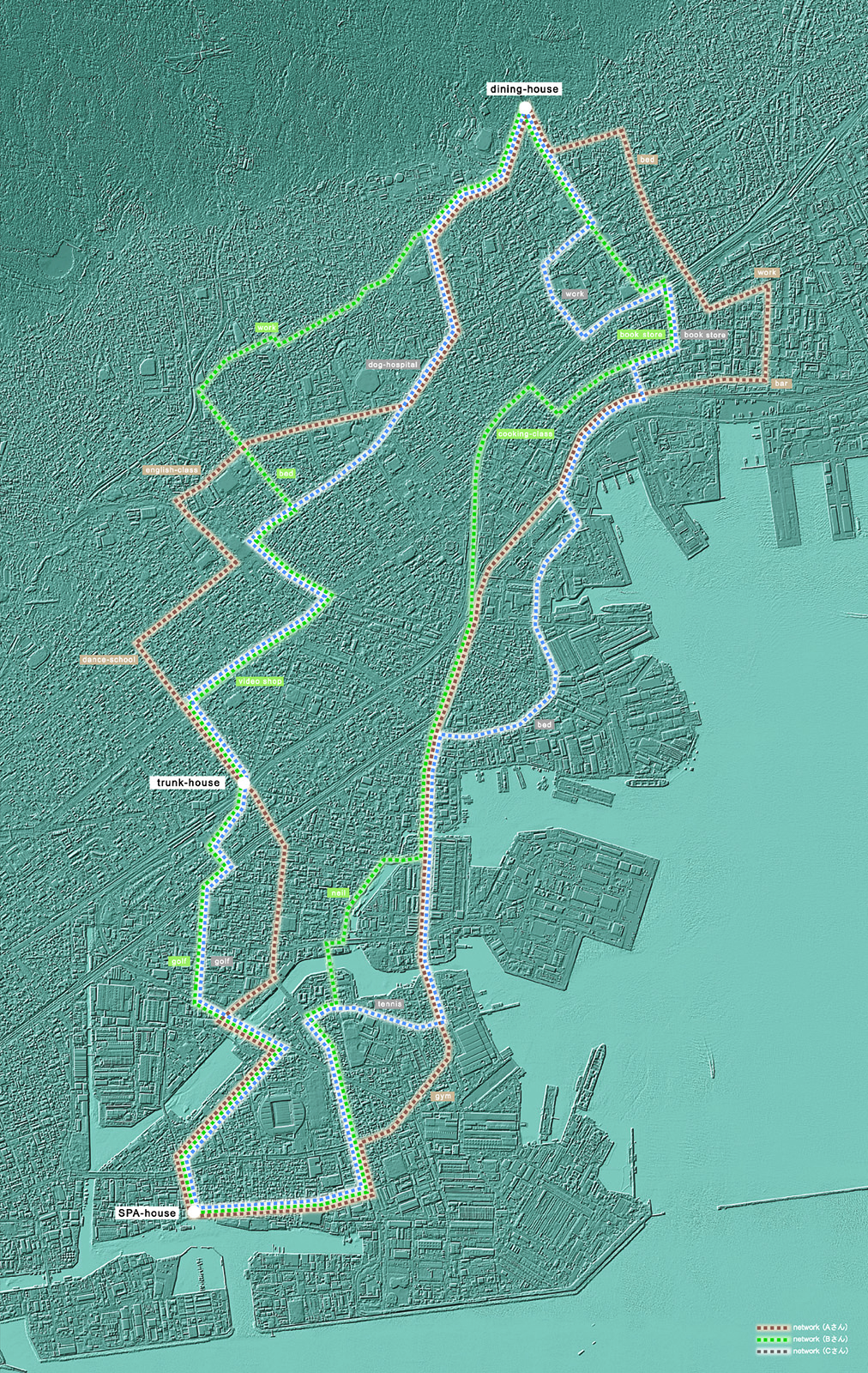 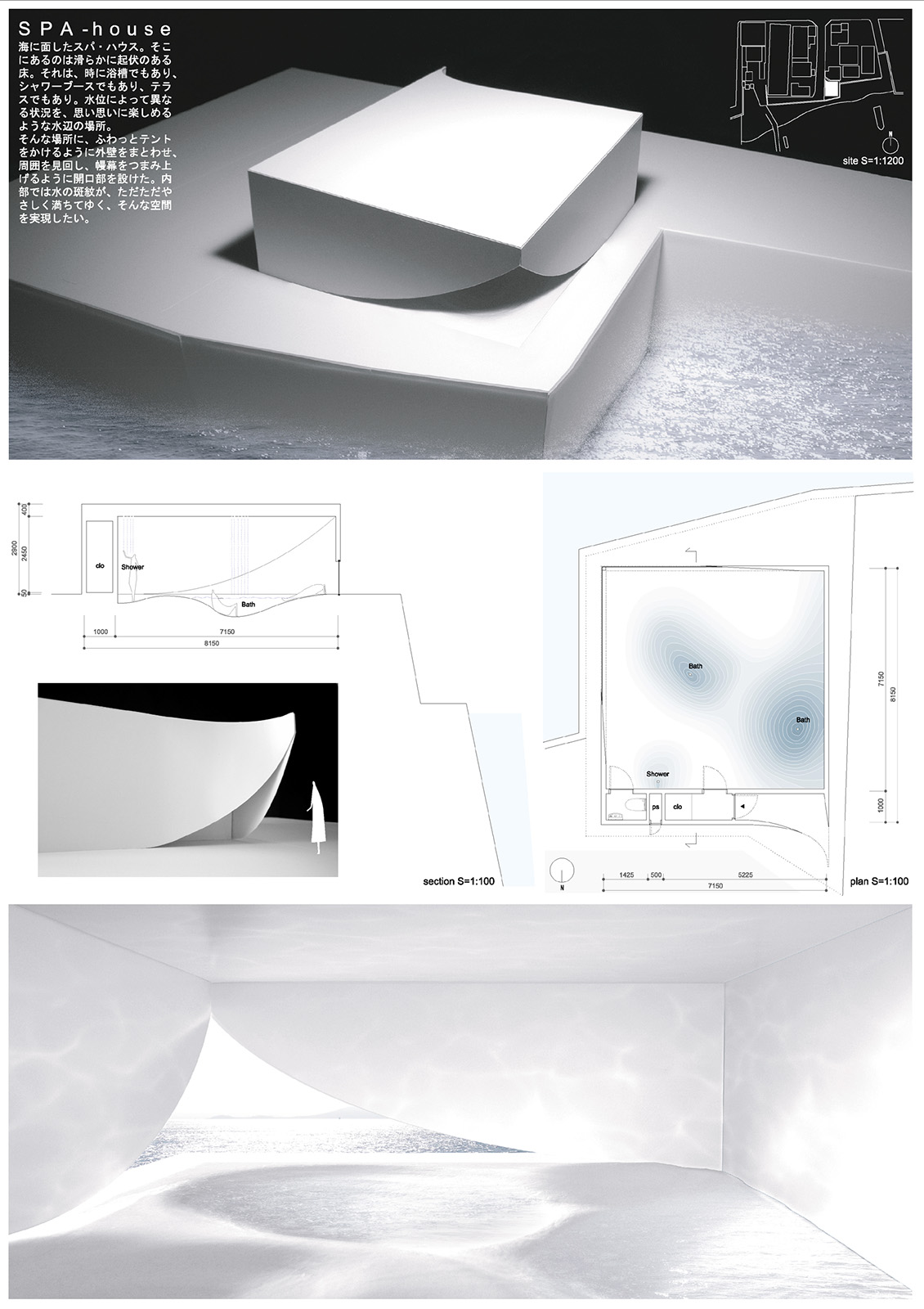 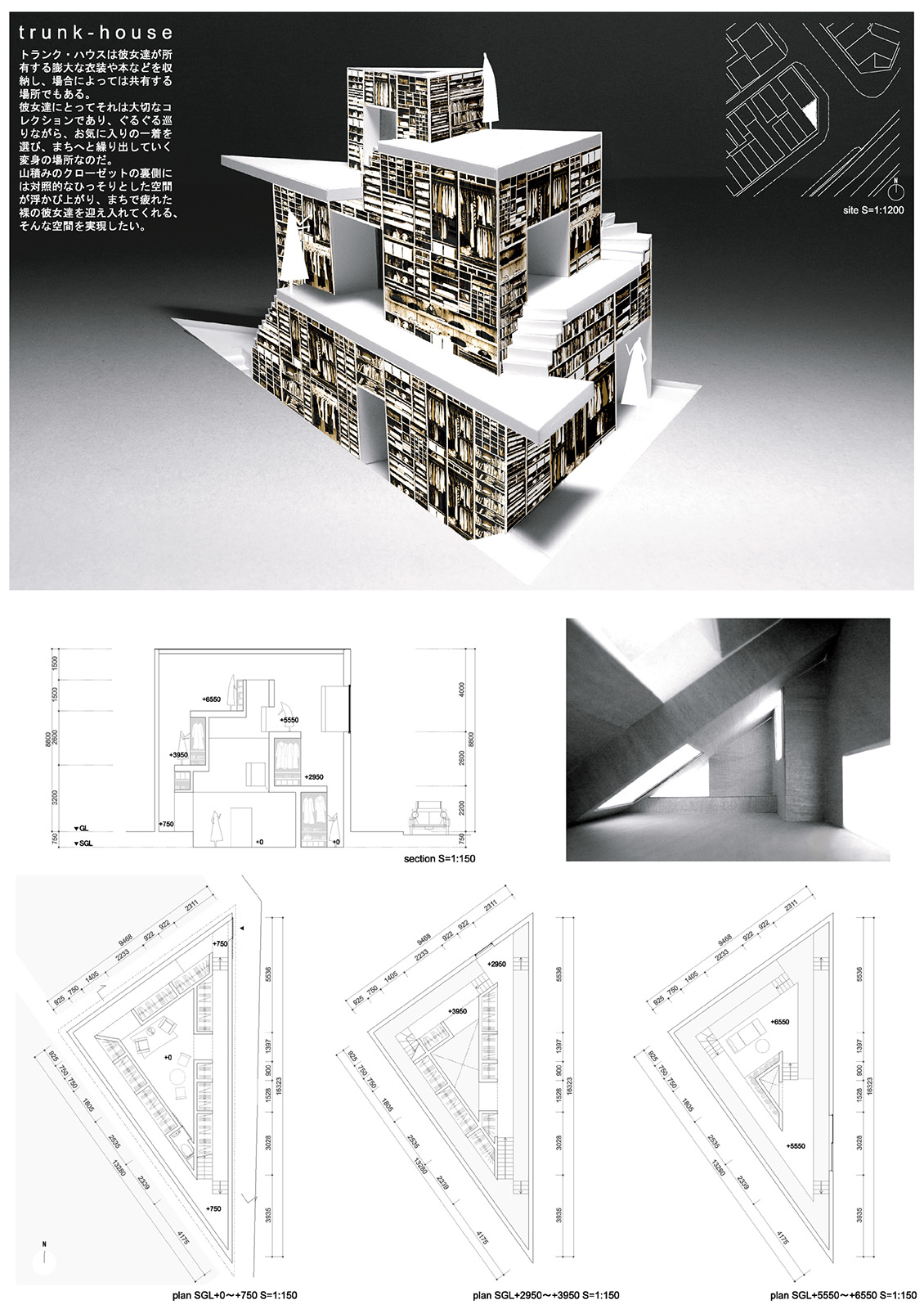 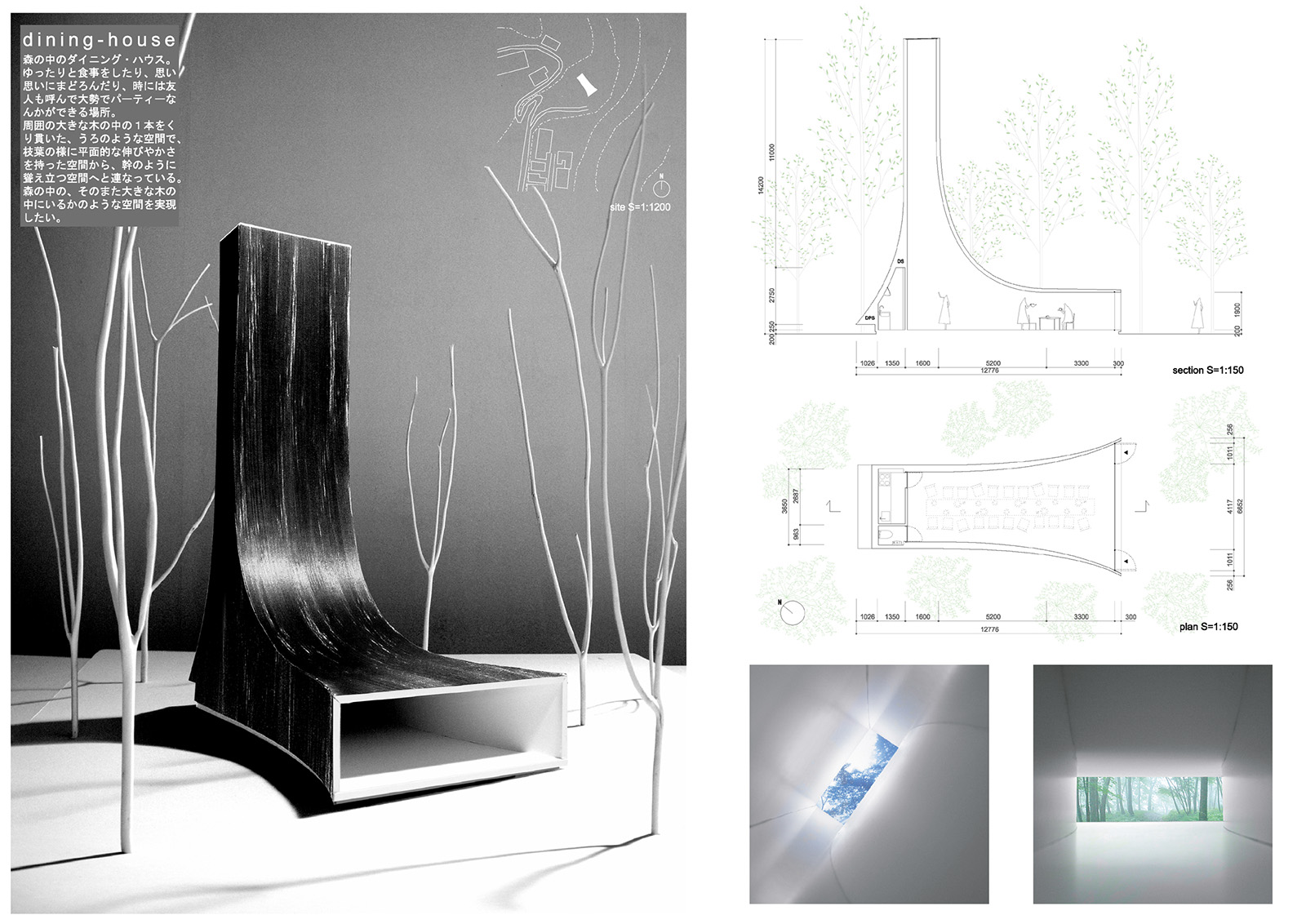